The Westchester Broadway Theatre brought live theater to Westchester, New York, and was unique in its programming, presenting many Broadway-caliber shows, while serving dinner or lunch to patrons. This Equity theater launched the careers of many Broadway stars.

The WBT and its precursor were exceptional in the history of American theater. An Equity, primarily musical theater venue that hosted 217 Broadway musicals and plays, over 75 children’s shows, and over 1,500 musical specials, it employed over 5,000 people.

The venue employed 2,000 dining employees, serving an estimated audience of over 6 million. It hosted many children’s benefits, senior citizen events, other programs. WBT presentations ran uninterrupted for 46 years. No other theater in America can boast of its success; and it’s Only 25 Minutes from Broadway. This is its story.

There Are No Goodbyes

Early 1939 Poland. A precarious position for any Jewish family, for the news out of Nazi Germany is frightening. Joshua Stern lives with his family in Warsaw. His father, Avraham, is the head of the ecumenical Warsaw Cultural Center and Joshua is a professor there.

His sister, Ruchel, is a student and his mother, Devorah, keeps a kosher home for the religious family.

One of Joshua’s students, Hanna Zilenski, takes a shine to her professor. When all the other Polish students drop out, Joshua is invited to her grandmother’s home to continue her studies.

Education is followed by love. It blooms and Hanna converts to Judaism. They marry.

The Nazis attack Poland on September 1, 1939. Hannah and Joshua must escape, for all Polish Jews have been designated for extinction by the Nazis.

This stirring novel tells the story of Hannah and Joshua Stern’s lives and is a tribute to the spirit of their Jewish identity and culture.

There Are No Goodbyes is a highly researched roman à clef by the author as well as a testament to the drive of humanity to survive in the face of evil.

In this current age of coronavirus, we too must fight to survive.

All You Are to Me

A 22-year-old novice songwriter in the Bronx named Reuben Rabinowitz spends his days playing the grand piano on the fifth floor of Macy’s. Also working at the department store is a young lady of 19 named Rose Deutsch.

Reuben and Rose connect, flirt and date and eventually marry – all in the space of seven months – because of the imminent war.

By Dec. 8, 1941, Pearl Harbor has been bombed and Reuben enlists in the Army.

We go to war and we see its horrors, not only on the men fighting, but of the family left behind.

We witness the death of loved ones.

We witness the loss felt by those remaining at home, while their sons and husbands are fighting abroad.

This stirring novel elaborates on the love between Rose and Reuben; their families and their friends; and the horrors of war that forever mark its survivors.

The story resonates for everyone, for it shows how people in love cope with separation and loss. And it resonates from the realization that love conquers all, or sometimes doesn’t.

Don’t Tell Me Not to Believe

Meet Gary Chattman, who didn’t want to be a teacher. But when it became a valid way to escape the draft during the Vietnam War, he made it his mission to teach.

Once Gary was hired, he realized becoming a teacher was what he was meant to be, and for over fifty years dedicated his life to making a difference in the lives of his students. Despite his dedication, the school administration tried to bring him down one notch at a time.

Student deaths, students skipping classes, and the callous attitudes of some of the administrators who could not see his vision became everyday battles, making Gary determined to conquer his windmills like Don Quixote. Finally, an illness brought on by his school’s new construction threatened to knock Gary off his Dulcinea for good.

Follow the embellished life of this dedicated educator through the tumultuous 1970s, ’80s, and ’90s.

Gary D. Chattman has been a teacher all his life, primarily in public high schools in the Bronx. He has also been a principal, an academic leader, headed up school theatrical productions, and created a special program for teaching Bar Mitzvah and Bat Mitzvah programs for young Jewish men and women outside of Hebrew School. He is a concert pianist, a lyricist, and a composer. A grandfather of four, the love of his life is his wife Patti. This is his eleventh book.

Cowards Die Many Times Before Their Deaths; The Valiant Never Taste of Death But Once

Once upon a time in a small Westchester community named Laurelville, 71-year-old David Goldstein is called out of retirement to direct and piano accompany the high school production of “Fiddler on the Roof.”

A disgruntled former Laurelville High School student named Michael LaDonna, enters the auditorium during rehearsal, shooting down students left and right. To stop further carnage, an injured Goldstein crawls over to the shooter and engages him in talk. It seems the previous school theater director molested LaDonna’s sister, and he is out for revenge.

Goldstein’s brave and delaying tactic gives the police time to act, and they storm the auditorium, killing the shooter. In this horrific shooting, three students and the shooter lie dead, and many others are injured.

Although a novel, this story is a scary reminder of the times we live in, and what happens all too often in differing scenarios throughout the country.

Gary D. Chattman has been a teacher all his life, primarily in public high schools in the Bronx. He has also been a principal, an academic leader, and has created a special program for teaching Bar Mitzvah and Bat Mitzvah programs for young Jewish men and women outside of Hebrew School. He is a concert pianist, a lyricist, and a composer. A grandfather of four, the love of his life is his wife Patti. This is his tenth book.

There Was a Little Girl Who… Educating Two Souls 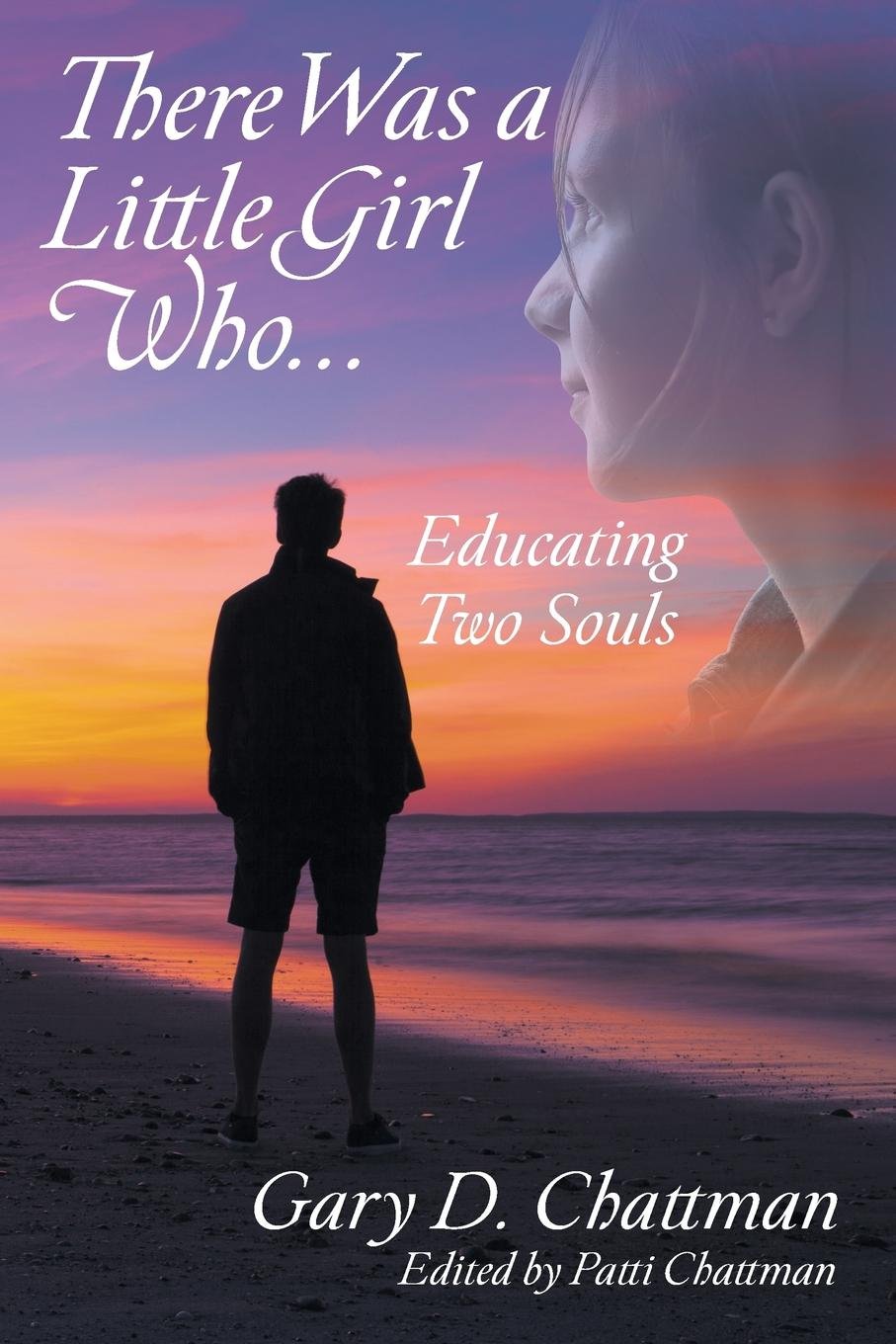 There Was a Little Girl Who…teaches her teacher about empathy. The year is 1969 and Josh Reuben is hired by the Shriver family to privately tutor their daughter, Jenny Shriver, a fictional character related to the Kennedys. She lives in the Kennedy compound. Josh is a draft-avoiding teacher from the Bronx, who is raw, untested, and unmotivated.

An English teacher in a South Bronx middle school, Josh is an abysmal failure. Then he applies to teach piano to Jenny … and is hired to teach all her classes. The girl blossoms under his tutelage, while he becomes motivated by Jenny and discovers the true meaning of teaching others. Then tragedy strikes.

Inspired by his connection to his student, Josh learns the real meaning of educating others, and uses what she taught him to become an excellent teacher. Josh’s relationship as a teacher to Jenny teaches him about love – and because of this – he can love another.

If I Should Die Before I Wake, I Pray The Lord My Soul To Take

Imagine you have become two different people. Today you are in the present, studying for your Bar Mitzvah. Then, suddenly, you dream that you have been transported back in time to Poland, and become caught in the Holocaust. Then you dream that you are in Poland in the Middle Ages. You are to be eradicated by gentile society that sees Jews as not chosen, but sub-human. How do you react? What is the true reality? How can you survive? What does it mean to be a Jew, today or then? And what about God? Is God listening to us? Does God care?

Imagine you are Reuben Maimon, an impressionable young man of almost 13, about to take his Bar Mitzvah vows. He must question who he is, and what the ceremony’s purpose is. What is the point of a modern Bar/Bat Mitzvah if it doesn’t give Jews a link with the past?

Imagine you are Reuben Maimon living these two different lives with the same cast of people, and not knowing what is the reality and what is the dream.

Imagine what would happen if you die before you wake. Now imagine, if you were Reuben Maimon, if he should die before he wakes… Imagine.

My Diary: Stories Written by Teens About Jewish History: By Students of Gary Chattman

Jewish education today is not motivating Jewish youth. It is boring! Hebrew Schools (and, yes, parochial schools) do not meet the individual needs of students, who need to be motivated to believe in something.

My Diary contains over sixteen stories written by his students about Jewish history that they read at their Bar/Bat Mitzvah ceremonies. It presents intelligent ponderings by teens containing writing that reflects on their heritage. In short, it contains everything that religious education today doesn’t contain: a reason to have faith!

Most of the stories in My Diary are about the Holocaust, while some provide humor and even identify with the Maccabees! But the ideas are motivating, stimulating, and educational.

D’j Vu All Over Again: It Ain’t Over ‘Til It’s Over

We live in a crazy world where anything is possible. Politics are upended; climate change is un-done; the stock market soars; and people concentrate only on themselves. This is a “me” world, and screw the next guy.

Suppose, just suppose, that a visitor from your past nuclear family – your grandfather – suddenly and mysteriously appears. How do you handle it? How does your grandfather handle it? I mean, here he is, from the world of 1920s New York, transported to 2017. Imagine the culture shock!

Dj- Vu All Over Again tackles this well-researched historical novel with humor and human interest, intermingled with the wonders of today.

This novel brings back a soul from the past, long dead and buried, to meet his grandson, give him advice and guide him, and see the progress made in almost 100 years.

Gary Chattman, age 70, is going about his business, still working, still wondering about the meaning of life, when he meets up with his grandfather, Nat Kornfeld, appearing as a lively 26-year-old!

Can Nat answer the questions we all yearn to ask? Is there life after death? What happens when we die? And can Nat help Gary with the direction he seeks for his life?

Gary D. Chattman is the author of seven other books: Coming of Age; If I Should Die Before I Wake;The Quixotic Teacher; My Diary: Stories Written by Teens About Jewish History; My Child Left Behind; Pennies From Heaven; and Happiness, You Came Too Late. He has been a Bar/Bat Mitzvah/Judaica teacher for over thirty years; a piano teacher; a teacher for the S.A.T.; a teacher advocate and an advocate for his students. He is also a concert pianist.

Gary Chattman is the noted author of three books, Coming of Age, If I Should Die Before I Wake, and The Quixotic Teacher. His books span unique ideas not prevalent in today’s world; religious-based education that is individually motivated and educationally interesting; secular education that flies in the face of nonsensical standardized testing; and ridiculous education rules by educrats who have never taught. He celebrates the talent and world view of his students. He is a Bar/Bat Mitzvah/Judaica teacher for over thirty years; a piano teacher; a teacher for the S.A.T.; a teacher advocate and an advocate for his students. He is a concert pianist and is a motivating influence for children and their parents.